How To Spend 2 Days In Berlin

I had an amazing trip to Berlin when I was living in Europe on university exchange. My best memories is learning about all the historic parts of the city, including the world wars and the cold war. One could spend a ton of time here just learning about the history of the city. However, to get a good experience you can do a lot even if you only have 2 days in Berlin! Below we have a good summary of the city for a 2-day itinerary or if you have longer time to spend in Berlin for your multi-city trip or stopover.

So, you’re thinking about travelling to one of the hottest cities in the world, Berlin. The city is rich in culture and history while it’s nightlife and world-class art keeps Berliners young at heart. Miss Tourist says that Berlin is one of the freest cities that she’s ever been to. Here’s how you can spend the perfect 2 days in Berlin, Germany.

Before enjoying your perfect 2 Days in Berlin, there are a few things you’ll have to know;

Language: People in Berlin generally speak German, but English is very common in the city. There are a lot of foreigners, so you can expect to hear a clash of languages while you’re there.

Known for: Berlin is known for its vibrant art and culture. You can find graffiti art all around the city. Berlin is also known for its art galleries, music, museums and a diverse food scene.

Safety: Being in Berlin is fairly safe. The city is known for its petty theft like pickpocketing. But if you keep an eye out and be a little street-smart, you’ll do just fine.

Day 1 in Berlin: See the best sights and join a free tour in the city

Berlin is a historical place with lots of things to do and see and even free tours to join. For your first day, check out our list below that you can personally costumize to fit your itinerary.

Best places to see in Berlin

This beautiful architectural structure was built in the 18th century, making it more than 200 years old.

The Brandenburg Gate was built as a symbol that separated East- and West-Berlin. The gate has become one of the most significant structures in the city.

This is a great stop to make for anyone interested in the architecture and the history of Berlin. 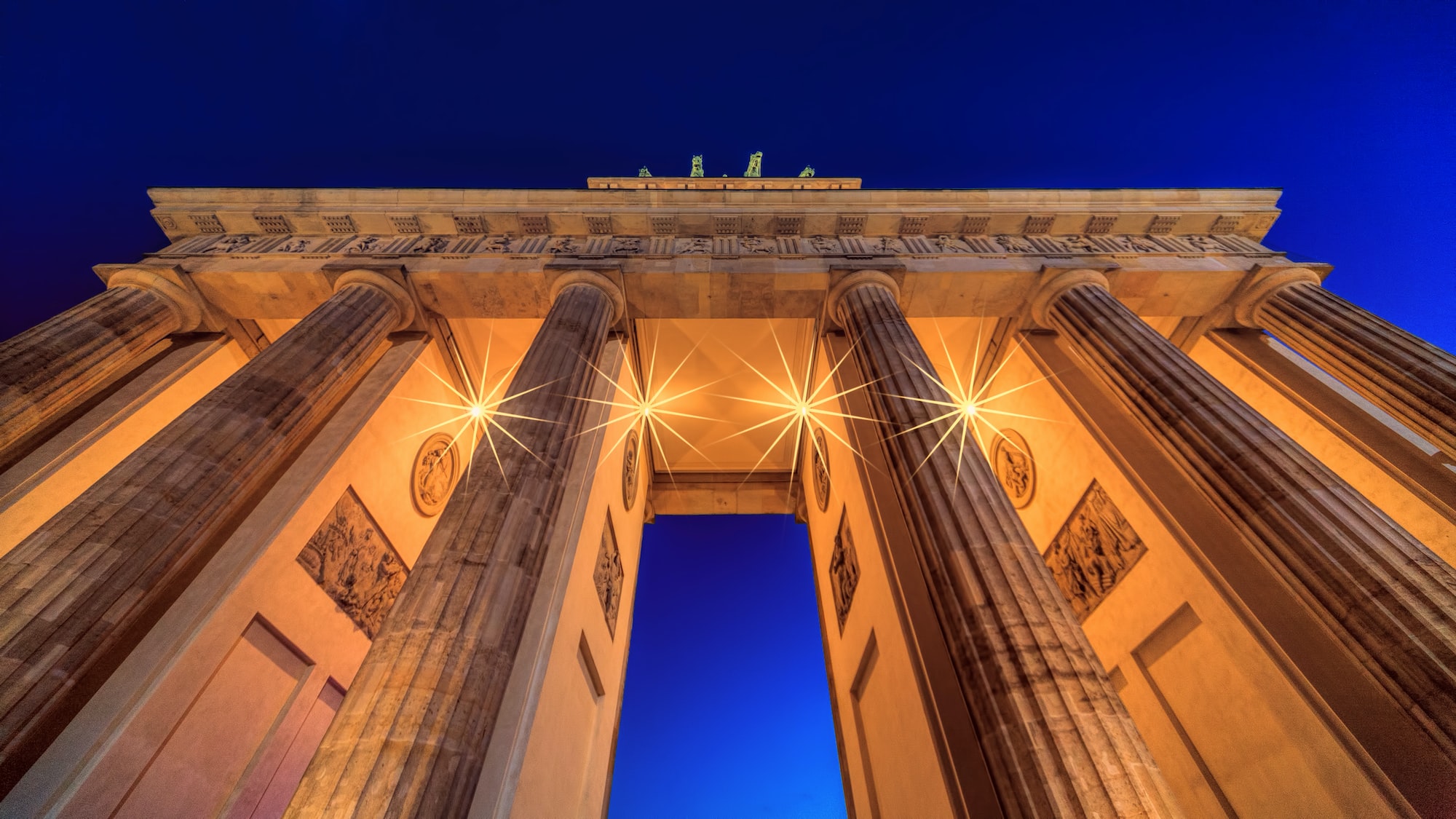 The Berlin Dome, otherwise known as the Berlin Cathedral, is has been considered as one of the top 10 sites to visit in Berlin.

You can choose to go on a guided tour or rent an audio-guide. 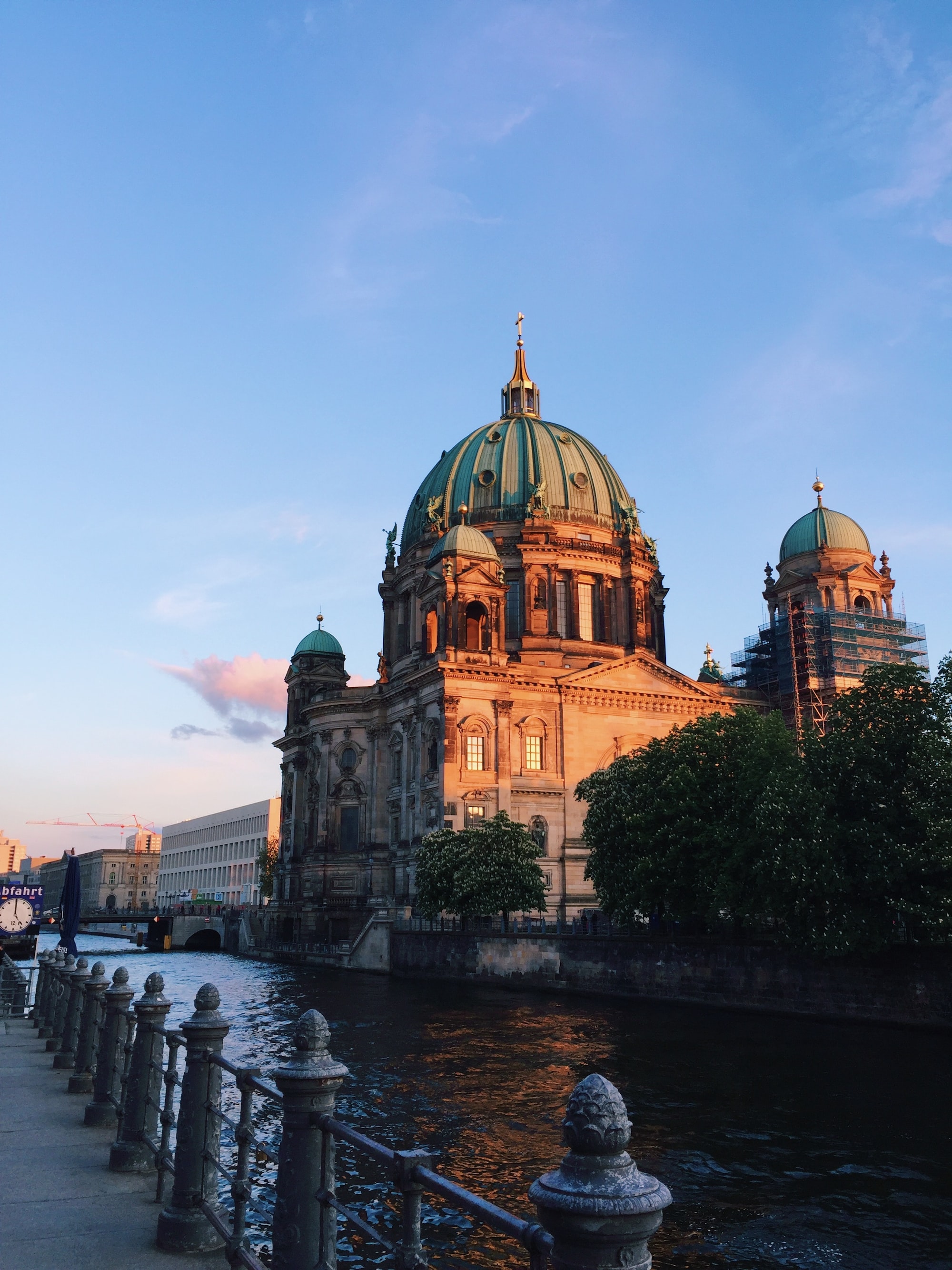 Berlin is well known for being different and the Free Tour of Berlin stands out above them all.

The Free Tour of Berlin likes to do things a bit differently.

Going on one of these tours will take you to the top attractions in Berlin including the Berlin Wall, Checkpoint Charlie and the Brandenburg Gate.

Best of all the tour is completely free.

You get to pay the tour guide depending on how valuable the tour was to you. If you didn’t like it, you don’t have to pay. If you enjoyed it, give the tour guide what you think they deserve.

Day 2 in Berlin: Check out the best gardens in the city.

For your second day in Berlin, check out the beautiful gardens and parks scattered around the city. You can also check our list of best and affordable restaurants that you can try for your 2 days in Berlin.

Best gardens/parks to visit in Berlin 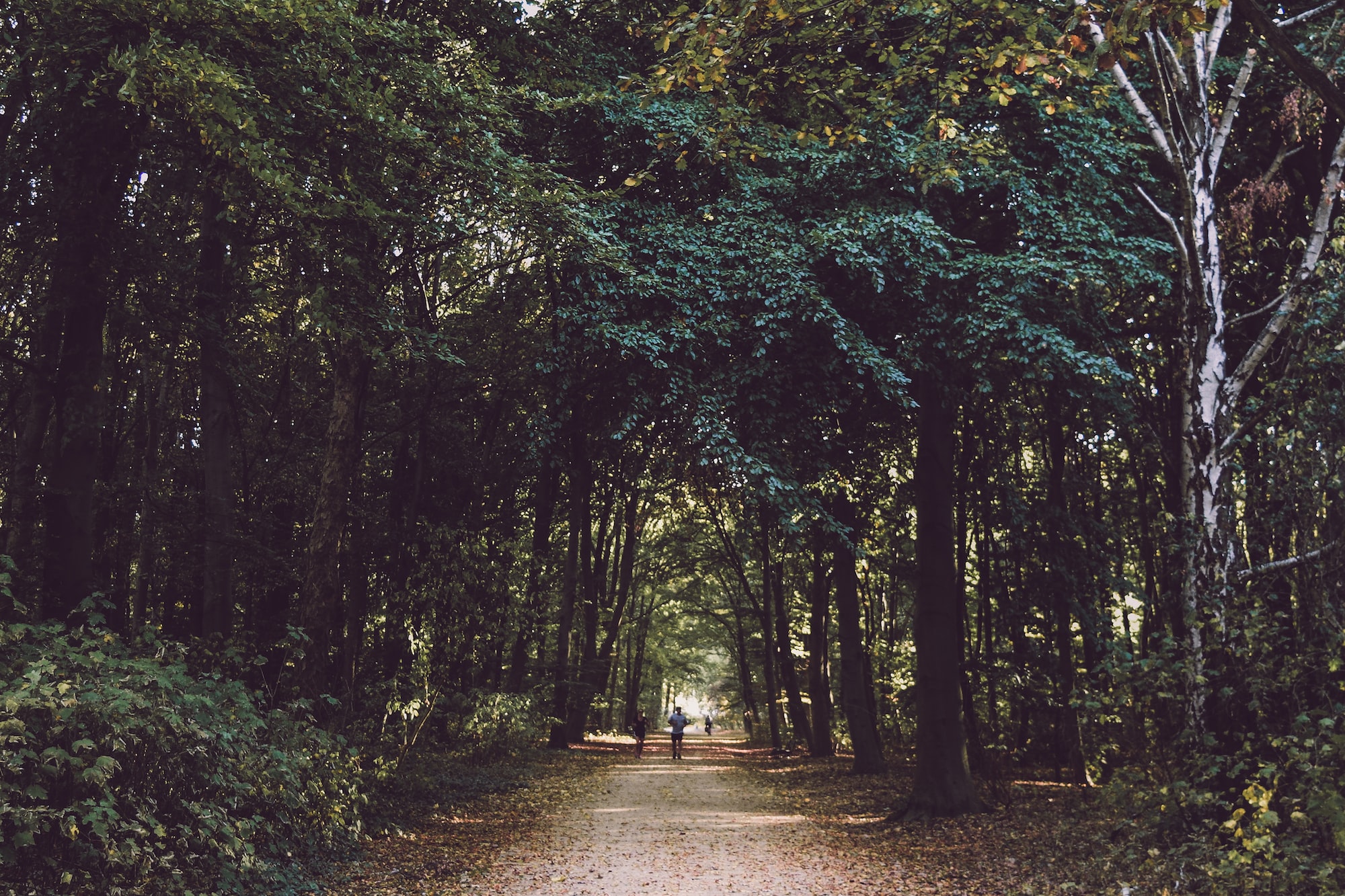 The Central Park of New York, the Tiergarten is a park worth visiting.

According to Carolina Silva, the Tiergarten is one of the most beautiful gardens in Berlin. She recommends that every Berliner should visit this garden at least once every season.

The park is a memorial to the victims of the Holocaust and is known for its museums.

If you’re interested in learning more about German and Berlin history, the Tiergarten is not to be missed.

The Grunewald is one of Berlin’s biggest green areas in the city. The area is surrounded by the River Havel in the West and the Lake Wannsee in the South of the park.

This is a great park for anyone who wants to go jogging, biking, bird watching or swimming. The park is perfect if you want to take a break from the busy city for a while.

The park even has a former NSA spy station if you’re in the mood for top-secret intelligence. 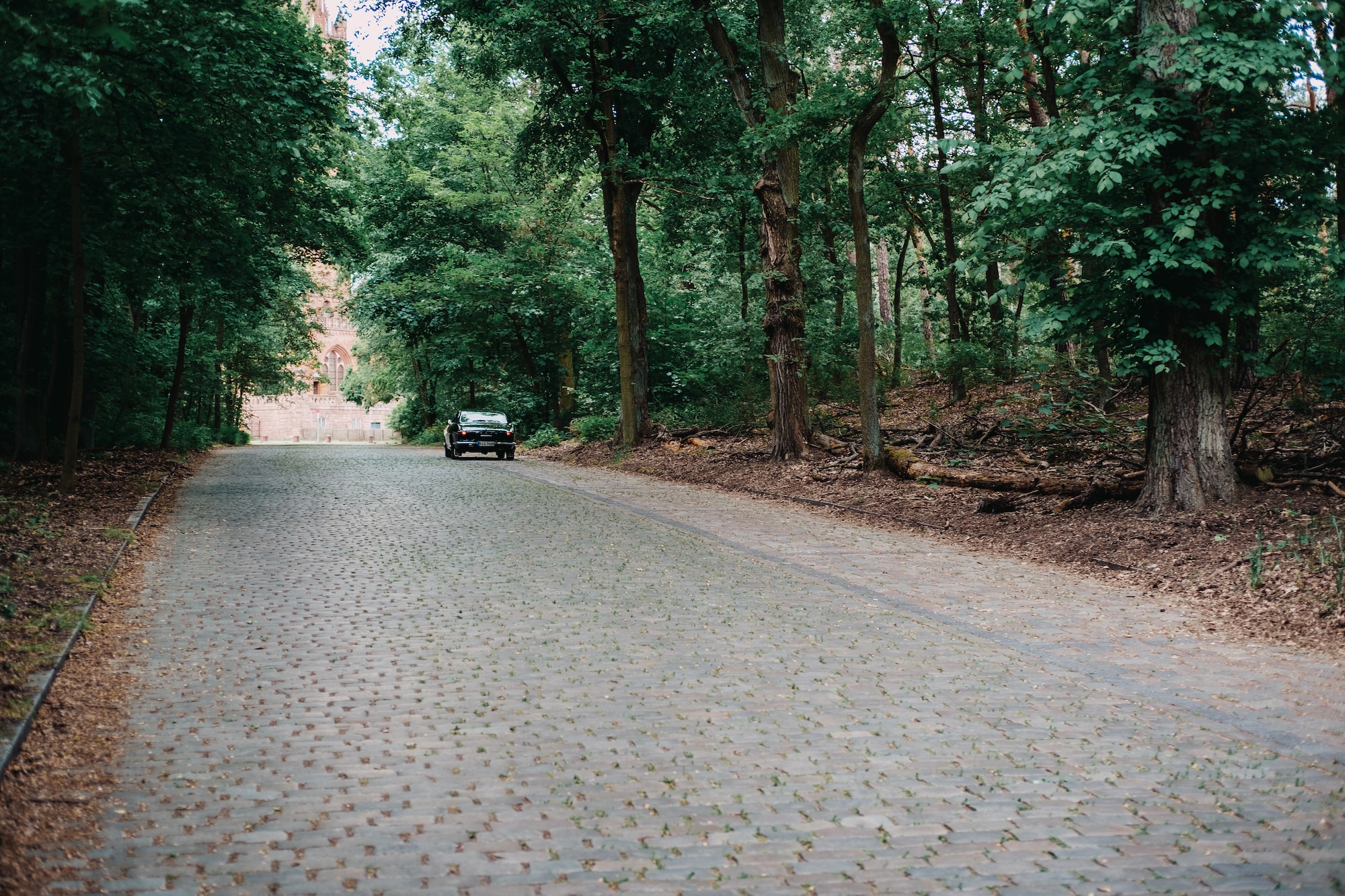 This huge garden is home to a variety of plant species from around the world.

The Botanscher Garten will captivate all your senses. The beautifully designed Art Nouveau greenhouse has several tropical, cacti and other flora that requires a specific climate.

The Botanscher Garten is a must-see! 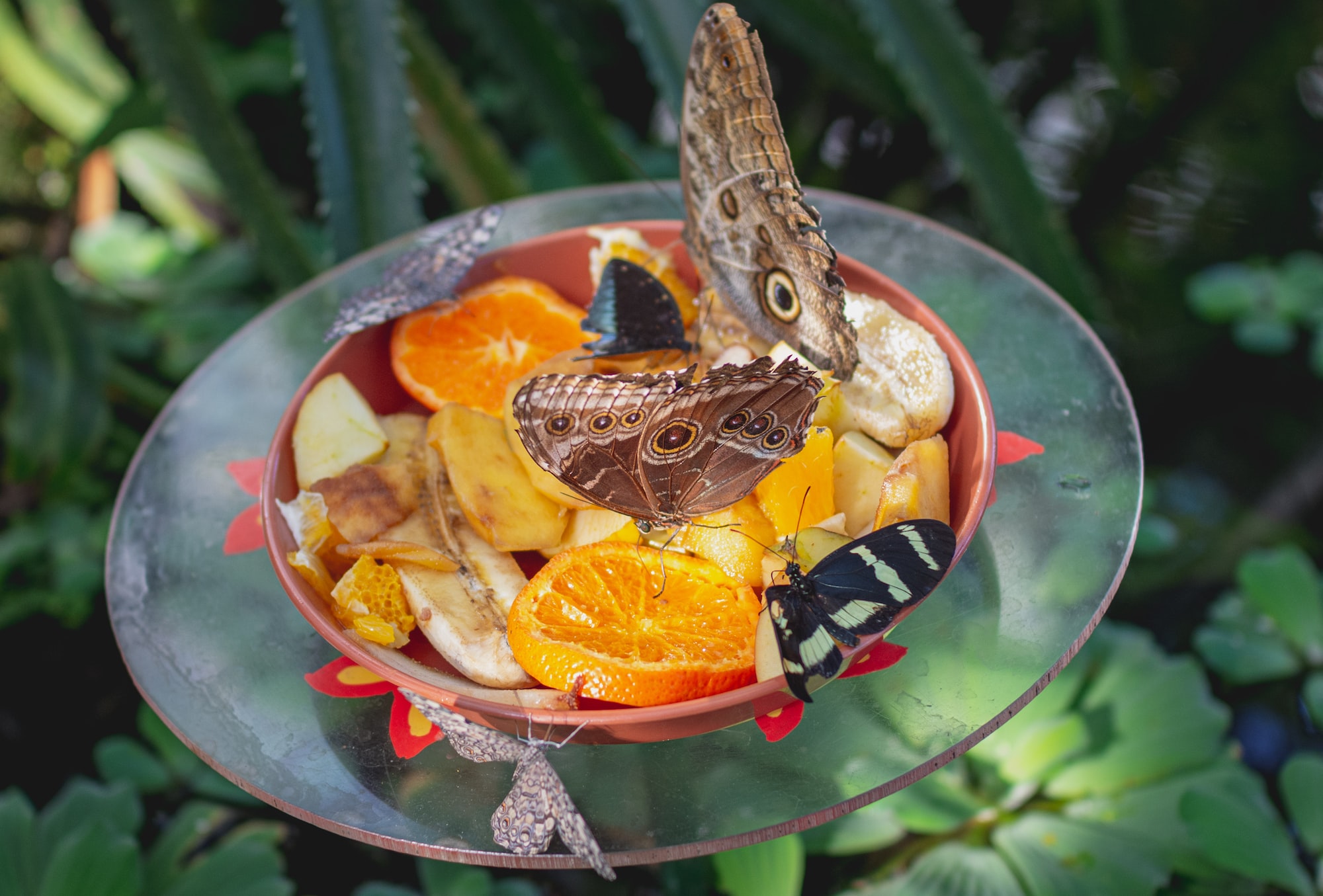 Other tips for your 2 days in Berlin

For the average traveller on a budget, eating well in Berlin does not have to be expensive. Lou Solo, a food blogger, said that Berlin has something for everyone.

The Flamingo is best known for its fresh locally sourced food. You expect to find great coffee, sweets, savoury creations, soups and more.

Although there are sandwich combinations available the Flamingo change their soups and main courses daily.

The Bird, in Prenzlauer Berg, have burgers so big that you can’t even fit your mouth around it.

Food blogger, Per Meurling has said that The Bird is Berlin’s “most faithful New York-style bar and steakhouse”.

This restaurant is so popular with the locals that you’ll have to book a table in well advance.

Prater Garten is the perfect spot for any tourist who visits Berlin between May and September.

Tucked away from the busy streets, visitors get to enjoy a cold home-brew while enjoying good food and great company.

This restaurant is famous for its German classics and Austrian Schnitzel.

Hidden in a fashion and design store The Store Kitchen is a contemporary restaurant that embodies multiple cooking styles.

This restaurant houses some great British chefs that draw their influence from British cuisine as well as Ottolenghi-style cooking.
Per Meurling says The Store Kitchen is the best during lunchtime, especially if you’re a vegetarian. They are known to have some of the best vegetarian food in Berlin.

But they don’t leave out the meat-eaters.

Over weekends The Store Kitchen opens its menu to meat and seafood dishes.

Itineraries for more than 2 days in Berlin

If you’re travelling to Berlin and need a travel plan, we’ve got you sorted.

Here are our travel itinerary ideas for a trip to Berlin

Czech Republic blogger, Veronika, gives insight into how you can make your 3-day trip to Berlin as special as possible.

If you’re lucky enough to spend a whole week in Berlin, the Earth Trekkers have a great 5-day travel itinerary for you.

This little family have gone around the world twice now and they’ve captured every moment of it.

A Perfect weekend in Paris

How Many Days In Vienna On A Multi-City Trip